Why Nigeria won’t have good roads 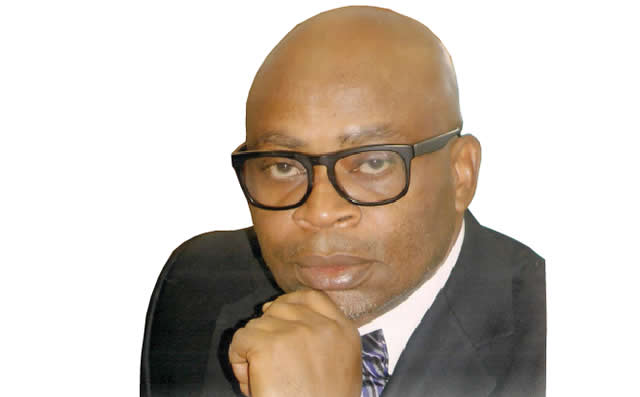 The Deputy Minority Leader of the House of Representatives, Toby Okechukwu, has stated that it will be difficult for Nigeria to have good roads across the country until the President, Major General Muhammadu Buhari (retd), approves the road funds and road authority bills. It was approved by the National Assembly.

Okechukwu, however, decried that the two bills were not passed into law.

The lawmaker made the announcement in his office in Abuja on Wednesday when the Chairman of the Engineering Regulatory Council of Nigeria, Rabiu Ali, led a delegation of the professional body to announce the award of an honorary fellowship from the Society of Nigeria. Engineers on it.

Okechukwu appealed to Buhari and all concerned Nigerians to pay attention to the bills.

He said, “I am happy that NSE has placed me at the top of their professional call and reward system. On a serious note, engineering permeates our lives. It controls 90 percent of our lives. If we ignore or neglect engineering, we do so at our own peril. Join us as a Job Board when we were, we were able to diagnose the challenges of the industry, skills, personal problems and how to work the profession. That’s how we came up with the idea to change the COREN Act. We also diagnosed the funding problems related to road construction, maintenance and came up with the Road Fund Bill. Keep the roads and we have also worked on the issue of the organizational structure of that outfit that they will develop.We also came up with the Road Authority Bill.

“Those bills passed through the platforms of the National Assembly, the House and the Senate. It was passed to Mr. President. Unfortunately, we were not on the same page or they (the presidency) could not pass it. Fortunately, the COREN bill was passed and is now an Act of Parliament , and I’m glad you’re here to follow up on that, so it’s our prayer that you pay attention to the Road Fund Act and the Road Authority Act.

“The other day I was listening to the minister (Works and Housing, Babatunde Fashola) and he said that they had a liability of N10tn and outstanding certificates of N765bn. There is no way to develop growth in this country without addressing the issue of system reforms, and these Acts were to cure that. So I’m very happy that at least one is down, then the other two to go. We have to keep up the activism and the press pressure has to be very important. Anyone who tells you that road building in this country can achieve a golden age, pass those road reform bills into law without or without the signature of Mr. President, it is a joke.

Okechukwu recalled how another lawmaker, Solomon Maren, moved a motion for the House to investigate the Public-Private Partnership agreement in relation to the Lagos-Ibadan Expressway and the Second Niger Bridge.

“When he did that we knew what we wanted to achieve because the PPP arrangements were not working. We called the highways and all those people involved and finally, after the public hearing, these arrangements of the PPP, we were face to face with the minister. The Federal Government had to repossess their assets and that’s why they reallocated them and that’s why you ended them.

“So if someone tells you ‘we are building this or that’, it is not possible. No one is the problem of roads in Nigeria, it is our method and plan for it. So the sooner we address it, the better. And NSE is at the forefront. Construction if the work practice goes well, our town will flourish. There is no problem. It’s not because of incompetent contractors. No one is taking your money. If you don’t pave it, no one will give you a cent. But they are not funded because they are not in a position to do so. So I want to take advantage of this opportunity to express that point.”

Earlier, Ali, while presenting the award letter, said the scholarship was in continuation of Okechukwu’s contribution to engineering in Nigeria, especially on the amendment of the COREN Act.

Ali said: “Engineering has suffered in Nigeria. The Act you have given us will go a long way in putting engineering at the forefront and in proper perspective in Nigeria. The fruits will not be seen immediately but I want to inform you that we have started implementing the Act and already the signs are that the Act will change the face of engineering practice in Nigeria that we are watching.So we are here to award this letter with the honor scholarship of NSE.

“There are four levels of membership in the NSE. The grade of fellowship is the highest grade of membership, usually awarded to engineers who have reached a certain level in their areas of practice. And of course non-engineers like you who have made tremendous contributions to the development engineering profession in Nigeria. NSE completes 64 years today. It was founded in 1958. And since then, we have less than 20 honorary fellows of the association and you are one of those 20 honorary fellows.’