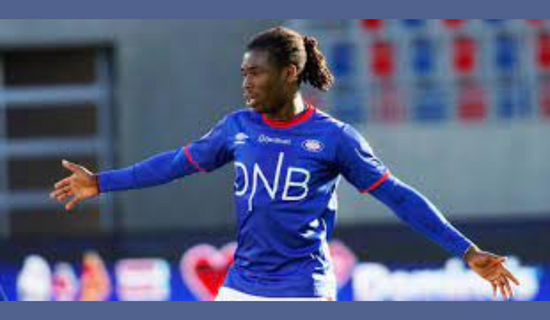 Although the Super Eagles may be missing from the ongoing World Cup in Qatar, many Nigerians continue to make headlines and Samuel Adekugbe is the latest after a video of his mother celebrating the defender’s appearance in Canada went viral.

England’s Bukayo Saka was the first to earn a start after his brace helped the Three Lions beat Iran 6-2.

The Swiss duo of Manuel Akanji and Noah Okafor along with Jamal Musiala and Karim Adeyemi, both representing Germany along with Canada’s Ike Ugbo and Adekugbe are the other players of Nigerian descent at the World Cup.

On Thursday, a video of Dee Adekugbe, Adekugbe’s mother, excited and dancing after watching her son perform for Canada in Belgium’s 1-0 opening day loss to Qatar, went viral.

The Hatayspor defender came on in the final 16 minutes to make his World Cup debut as Canada edged Belgium in their first World Cup match since 1986.

Canada’s defeat in their first FIFA World Cup match in 36 years could not take away from Dee Adekugbe the joy of watching his son play in football’s biggest festival.

The jubilant Nigerian mother watched the match on a TV at home and was proud of her son when Richie Laryea’s equalizer came in the 74th minute.

In a short video posted on Instagram, Dee Adekugbe could be seen dancing and shouting, “My son Sam Adekugbe is at the World Cup… oh my God. Hallelujah”.