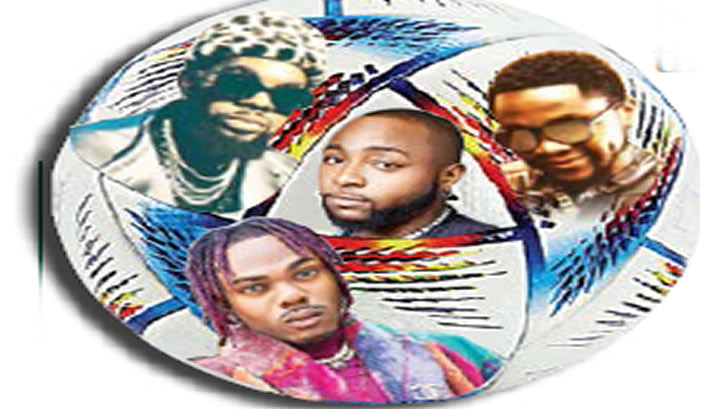 Many football fans are eagerly looking forward to the start of what is undoubtedly the biggest football event in the world, the World Cup, which will start on Sunday, November 20, 2022, and end on December 18, in Qatar. Beyond football, some Nigerian artistes are also billed to perform in the tournament. Saturday Beats takes a look at them

Reggae-dancehall singer Patrick Okorie popularly known as Patoranking is scheduled to perform at Al Bidda Park in the country’s capital, Doha on November 28, 2022. The ‘Girlie O’ crooner has undoubtedly carved a niche for herself. music style

Born and raised in Ijegun-Egba, Lagos State, she started her entertainment career as a dancer. The singer also seems to be an ardent lover of football. In fact, he stated that the inspiration for one of his songs, ‘Abule’, was playing football.

Another singer who is rocking the music scene, Oluwatobiloba Anidugbe aka Kizz Daniel will also be performing at the 2022 Qatar World Cup.

For Daniel, this is a dream come true, as a month earlier the ‘Cough’ singer took to his Twitter page to say that he wanted to perform his hit song, ‘Buga’, at the tournament. On June 22, he wrote: “God, I want to do ‘Buga’ for the World Cup (sic) with a massive chorus. Help me say ‘amen’”. A few months later, he will perform at the opening ceremony of the games.

Chukwuka Ifeanyi, better known as Ckay, will join his fellow Nigerians to perform in the tournament as well. In an interview with Al Jazeera, the singer stated that he was excited to be one of the artists who would perform at the World Cup. He said: “Although we (Nigeria) did not qualify for the World Cup; at least there is still Nigerian representation in the field of music.

Recall that Ckay’s 2019 song ‘Love Nwantiti’ was a worldwide hit.

Although he was not listed among the artists who would perform at the World Cup, David Adeleke, aka Davido, was a popular singer for the competition’s theme song. He teamed up with Latin American singer Trinidad Cardonna; and the Qatari singer, Aisha, to record a song called ‘Hayya Hayya’ (Better Together).