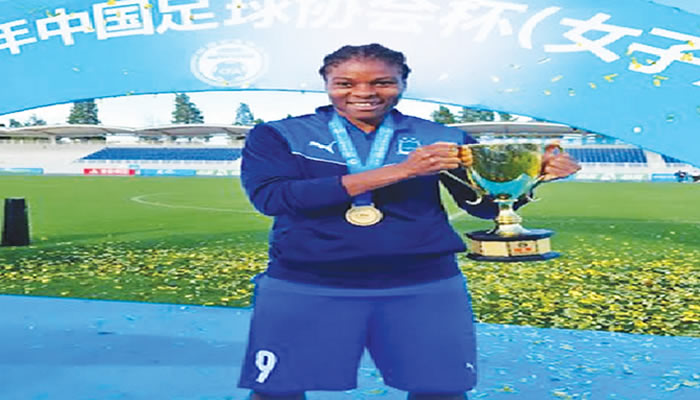 Super Falcons striker, Desire Oparanozie, has been proud of his Chinese club, Wuhan Jianghan FC after they clinched the Super League title on Saturday. PUNCH Sports supplement the reports

Oparanozie played an active role for the Chinese team in the title race this season, as Wuhan finished top of the table despite losing their last game of the season.

Jiangsu Wuxi defeated Oparanozie’s Wuhan by a single goal in the last game but the points scored in the previous games were enough to give them the title.

“Here is your Chinese Women’s Super League champion. What a year! Proud,” he wrote Twitter.

Liu Lin’s team won the title for the third time in a row, taking first place in the standings with 45 points from 18 games. Jiangsu Suning ranked second with 39 points.

They won 15 games, losing only three throughout the campaign.

Malawian Temwa Chamwinga is the other African in their national team.