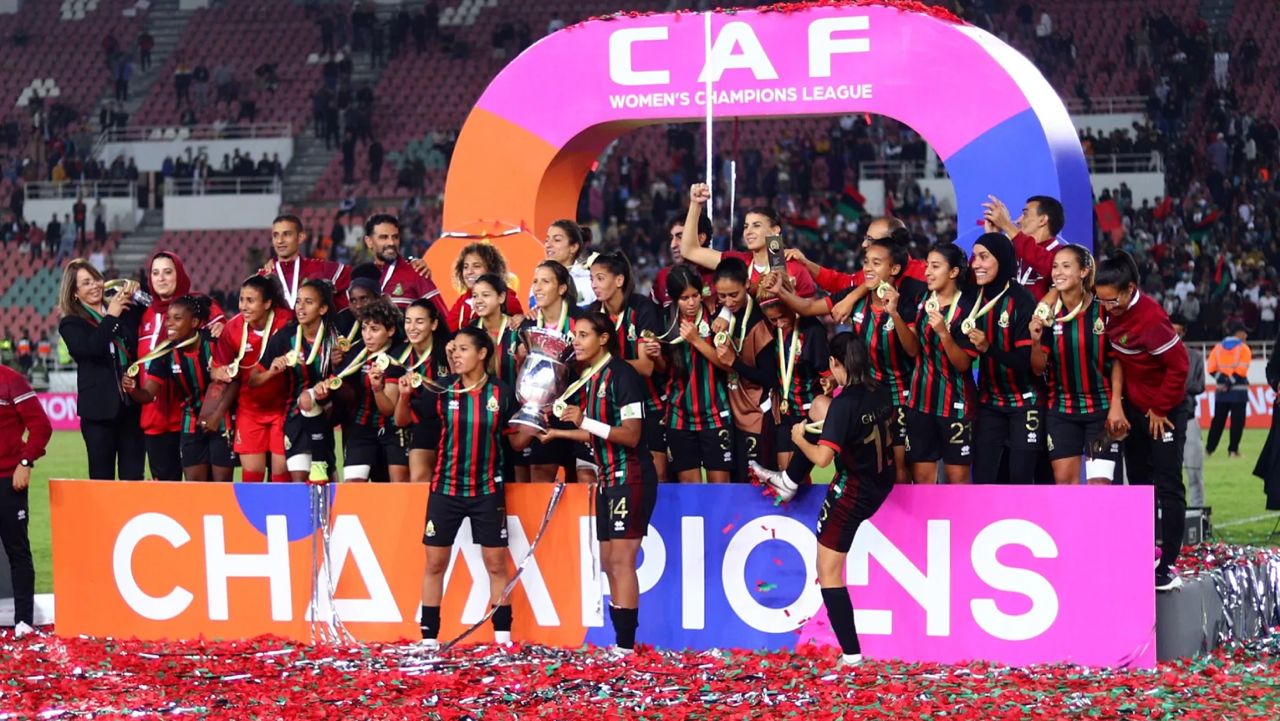 According to CAF, the Moroccan and South African giants started their last rematch at the same venue where their national teams met in July, with long-range efforts from Chuene Morifi and Bambanani Mbane in the fifth minute before Jraidi’s try.

Zanele Nhlapho brought down Zineb Redouani inside the box to gift the hosts a penalty and Fatima Tagnaout made no mistake from the spot to open ASFAR’s lead in the 15th minute.

Having fallen behind for the first time in successive editions, the woes of Jerry Tshabalala’s ladies were further compounded when Rhoda Mulaudzi was given the marching orders on the half-hour mark after a poor challenge on Redouan.

The organizers threatened to double the lead through Ahmamou Douha, but a feeble effort in the box could not trouble goalkeeper Andile Dlamini four minutes after the break.

The Moroccans returned to the contest on top, almost winning their second of the game three minutes after Aziza Rabbah’s header went off the crossbar.

The South Africans were reduced to nine men after captain Nhlapho received his second booking of the game following a poor challenge on Redouani in the 52nd minute.

The second breakthrough was for Mohamed Amine Alioua’s ladies, as from a free-kick, Tagnaout brilliantly headed Jraidi past Jraidi two minutes later.

Despite being down two players, the South Africans pushed for a comeback through Lelona Daweti and Melinda, but the pair were unable to capitalize on their half-chances.

The hosts were done for as Jraidi fired past Dlamini for the third in the 87th minute before netting three at the death to complete the rout in sweet revenge for the Atlas Leones’ African Women’s Cup of Nations title loss to Banyana Banyana in July.

Meanwhile, ASFAR striker Ibtissam Jraidi was named woman of the match for the third time in the competition after her outstanding hat-trick powered her side to a ruthless victory over the Cup holders.