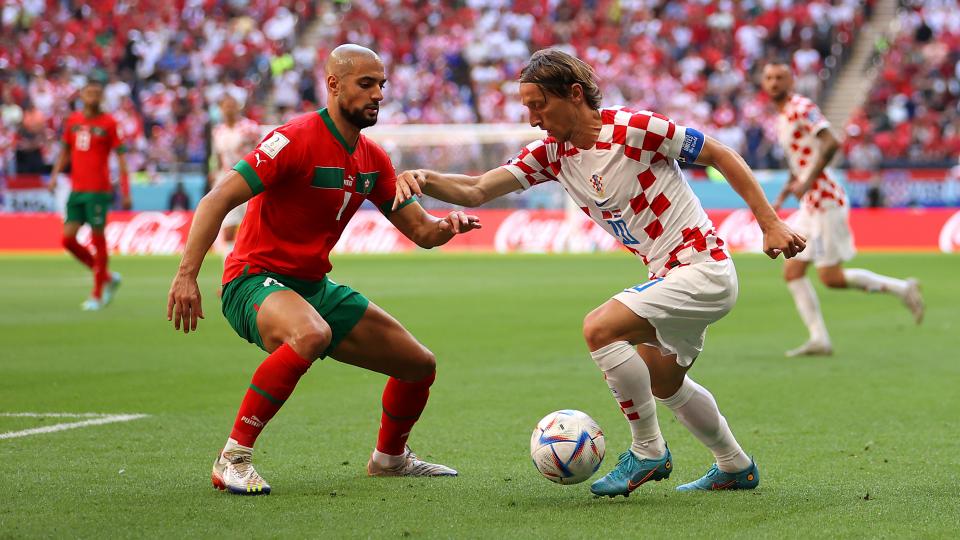 Morocco held Croatia to a goalless draw in their World Cup opener on Wednesday with a spirited display against the 2018 runners-up led by Luka Modric.

“This was a very difficult match,” said Croatia captain Modric. “I think as the tournament goes on we will get better and take a more proactive approach.”

Modric insisted Croatia are capable of another deep run despite a slow start in the afternoon heat.

“We didn’t come here just to play and get out of the team,” Modric said.

“Our ambitions are a bit higher depending on the Russian achievement, but we have to take it step by step.

“Even before the 2018 World Cup, we said our main goal was to get out of the group. If we can do that, we can be a dangerous opponent for any team.”

Morocco took the game in Croatia’s favor, with four players who started the 2018 finals, but struggled to create any real chances against Dejan Lov’s experienced defence.

Azzedine Ounahi made a rare save when he was well placed in the area against the shot, Hakim Ziyech and Achraf Hakimi were deep down the right without Croatia really threatening.

Ivan Perisic headed wide for Croatia after latching on to Selim Amallah’s sublime pass, and goalkeeper Yassine Bounou blocked well with his legs to deny Nikola Vlasic from close range.

Modric, a former Ballon d’Or winner making his fourth World Cup appearance at the age of 37, then hammered home from the edge of the box.

Morocco lost Noussair Mazraoui early in the second half after his header was saved when the Bayern Munich defender fell awkwardly to the ground.

Sofyan Amrabat cleared Lovren’s goal-bound effort off the line after a corner scramble, and Hakimi’s free-kick was saved at the other end by Croatian goalkeeper Dominik Livakovic.

Morocco have only progressed beyond the group stage once, in 1986, but will fancy their chances of progressing with upcoming matches against an aging Belgium side and Group F outsiders Canada.

Croatia pushed for a late winner but found Morocco’s defense out of sorts as Walid Regragui’s side earned a valuable and deserved point.

“I think it’s a very good point for us,” said Regragui, who was appointed Morocco coach at the end of August.

“It keeps us alive for the next two games. I am very proud of my players. I think this game gives us more confidence.”