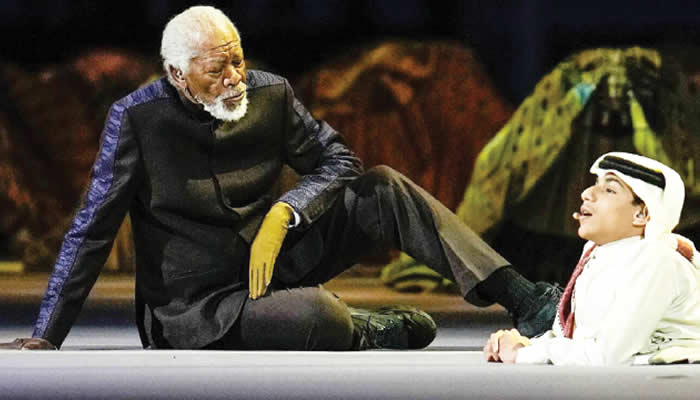 Ass As part of the FIFA Technical Experts for the 2022 World Cup in Qatar, former Super Eagles coach Sunday Oliseh is happy to get to work, especially his partnership with American actor Morgan Freeman, on the opening day.

The former Eagles midfielder will be one of Nigeria’s representatives at the World Cup.

“After a beautiful opening ceremony with one of my favorite actors, Morgan Freeman, the work and the fun finally begin,” Oliseh said on his official Twitter handle.

“I feel very honored to have been given the privilege to be in the company of legendary Italian maestro Alberto Zaccheroni as a FIFA pundit for today’s FIFA World Cup opener; Qatar vs Ecuador.

Oliseh’s role will be to analyze matches, determine technical excellence and record the latest advancements and developments in the games.

The 2022 World Cup kicked off on Sunday as hosts Qatar opened their 2022 World Cup campaign on a losing note with a humiliating 2-0 defeat against Ecuador at the Al Bayt Stadium.

Veteran Ecuador striker Enner Valencia converted an early penalty and added a header in the 31st minute to give the South Americans a 2-0 win over the hosts.

Oliseh played 63 international games and scored three goals for Nigeria, and played in the 1994 and 1998 World Cups.

The 48-year-old was part of Nigeria’s U-23 team that won the gold medal in football at the 1996 Atlanta Olympics.

The former midfielder was also a member of the Eagles team that won the 1994 African Cup of Nations (AFCON) in Tunisia.

Between 2015 and 2016, he was appointed coach of the Super Eagles by the Nigeria Football Federation (NFF).

Oliseh was named the third best African footballer in 1998 by CAF.