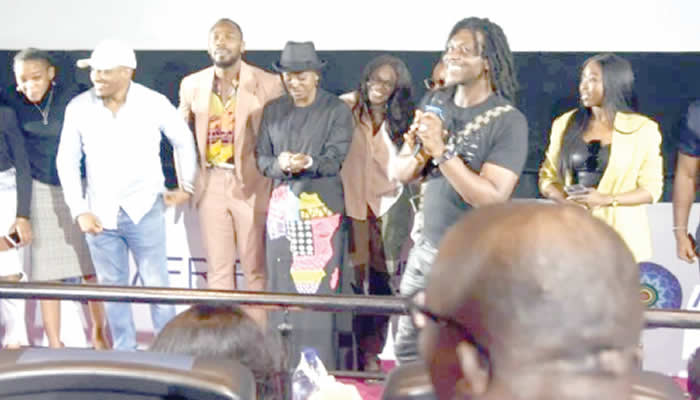 ‘Kofa’, which means door in the Hausa language, tells the story of about eight people who wake up in their underwear to find themselves locked in a room. All they remember are their names. As a gunman moves in to pick them off one by one, they struggle to remember who they are, where they are and why they’re there to come up with an escape plan.

Speaking about the inspiration behind the film, Idada said, “The film is cinematic. It’s a metaphor for the closed doors we repeatedly encounter in our lives and the lengths we go to open them, even when the odds are stacked against us. Half-nakedness, gun violence, uses amnesia, capture, suspicion, deception, death and a ticking clock that leads to a thrilling twist and explosive climax.