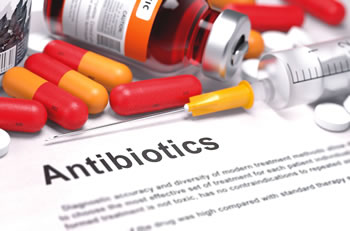 The Federal Government has warned Nigerians against buying antibiotics over the counter, saying it accelerates antimicrobial resistance and leads to preventable deaths.

The FG announced this on Friday, during a press conference to celebrate the World Antimicrobial Awareness Week with the theme ‘Preventing Antimicrobial Resistance Together’.

The government said the effects of AMR could affect both human and animal health.

He noted that AMR is one of the world’s top 10 public health threats to humanity and has prevented effective treatment of a growing range of infections caused by bacteria, parasites, viruses and fungi.

PUNCH as reported, WAAW is held from November 18th to November 24th every year.

In the speech, the Chairman, Antimicrobial Resistance Coordinating Committee of Nigeria, Dr. Tochi Okwor said that buying antibiotics over the counter is antimicrobial resistance.

He said, “The risks of buying antibiotics over the counter are many. You don’t know for sure if the antibiotic you’re buying is right for what’s wrong with you. To be sure of the antibiotic to take, your sample needs to be taken in a lab and the lab knows the organism that’s causing the infection.

“How do you know what dose to take? Who monitors the dose you take? You should be advised about the dose to be taken and monitored by an expert.

“The best way to take antibiotics is to go to the hospital, have a health worker check you and take your sample, get your results on time and use what we call the antibiotic formulary, we have antibiotic guidelines to prescribe. to specific guidelines.”

He added that the government developed a national antimicrobial resistance plan in 2017 to help monitor nations’ progress in reducing AMR.

He noted that available projections suggest that by 2050, AMR could cost between $300 billion and more than $1 trillion worldwide.

In Nigeria, he said, seven out of 10 people in the community access antibiotics outside licensed health facilities or pharmacies, while many hospital patients are at increased risk of picking up bacterial resistance (above the 60% target). MOE).

“In the animal health sector, antimicrobials are available on the open market without restrictions, which is why the misuse of these products is especially common in food-producing animals. Residues of these antimicrobial microbes in eggs, milk and meat can cause cancer, allergies and mutations when consumed by humans,” he added.

Also representing Nigeria’s Chief Veterinary Officer, Dr. James Balami of the Federal Ministry of Agriculture and Rural Development, said that by 2050, 10 million deaths worldwide could be attributed to antibiotic resistance, making it more deadly than cancer.

Balami said, “It is estimated that about 70 percent of the antimicrobial agents sold in the world are used in the animal health sector. In 2020, about 1.8 million tons of active ingredients from eight antimicrobial classes were imported for use in animals.

“Most classes of antimicrobial agents used in animals are also used in humans, such as tetracyclines, aminoglycosides, penicillins, macrolides, sulfonamides, fluoroquinolones, among others.

“The misuse and overuse of antibiotics in food animals leads to a tendency for residues in animal products such as meat, milk and eggs. Antimicrobial residues in food can be allergenic, mutagenic, teratogenic or carcinogenic. In addition, inadequate clean water and poor livestock biosecurity measures increase the risk of disease introduction and spread, thereby increasing the need for antimicrobials. Poor adherence to vaccination against preventable diseases exposes terrestrial and aquatic animal species to disease, necessitating antimicrobial treatment. ”

The event was organized by the Nigerian Center for Disease Control in collaboration with other MDAs and other development partners.