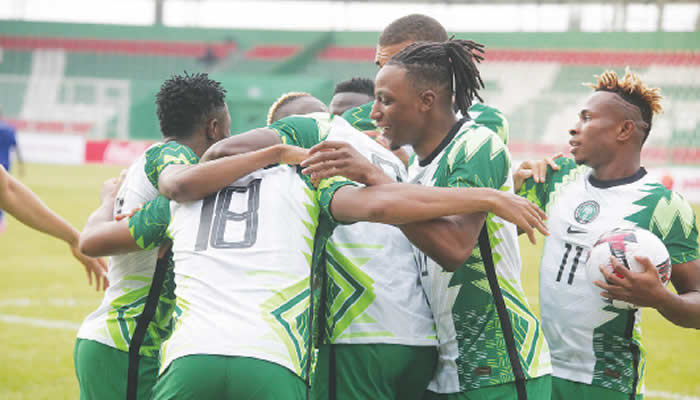 with that With three days to go before the friendly clash between Nigeria and Portugal, viagogo, the ticketing website for the match, says tickets are selling fast as fans are eager to watch the game.

The friendly between the three-time African champions and the 2016 European champions is scheduled for Thursday at the Jose Alvalade Stadium in Lisbon.

Our correspondent learned on Monday that more than 45,000 tickets for the match had been sold out. According to Viagogo, less than two percent of tickets are available, indicating that around 49,000 tickets have been sold for the match at the 50,095-capacity Jose Alvalade Stadium.

“Less than two percent of tickets for this venue currently available on our website,” the site writes.

“This event is selling fast for the Portuguese national team on our website.”

Portugal will use the encounter as a warm-up for the World Cup in Qatar, while Nigeria will be hoping to end their international friendly misery as they are winless in their last 12 friendlies.

For the Super Eagles, Napoli forward, Victor Osimhen, was ruled out of the game on Monday, with no reason given for his withdrawal, but the team has plenty of exciting talent in the form of Ademola Lookman, Alex Iwobi, Moses Simon, Wilfred. Ndidi among others.

After the two coaches announced their line-ups, Portuguese and Nigerian residents living in Lisbon have joined the rush to get tickets for the international friendly between Qatar World Cup Seleção and the Eagles as the last batch has gone on sale. on monday

The first phase of ticket sales began on October 14 with different prices of 10, 15 and 20 euros.

According to the Portuguese FA, the last tickets are on sale at the Federação Portuguesa de Futebol online ticketing outlets.