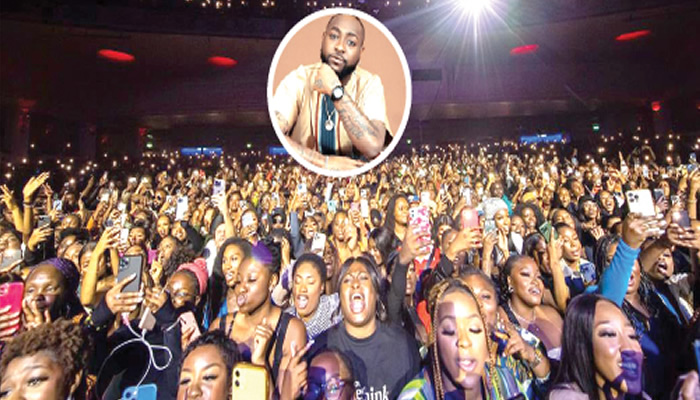 Many artists performed at a concert organized in honor of pop star David Adeleke to celebrate his birthday and entertain fans. The singer turned 30 on November 21, 2022.

Recall that Davido has been keeping a low profile since he and his partner, Chioma, lost their son, Ifeanyi on Monday, October 31, 2022. Shortly after the tragic incident, Davido postponed his ‘Are We African Yet’ concert. It was scheduled to take place on November 18, 2022 in Atlanta, United States of America.

At the fan concert held in Lagos state on Thursday, December 1, 2022, avid fans attended to watch their favorite artistes for free. Many artistes at the event performed some of Davido’s songs.

During the ceremony, fans held out their torches and observed a minute’s silence to mourn the late Ifeanyi.