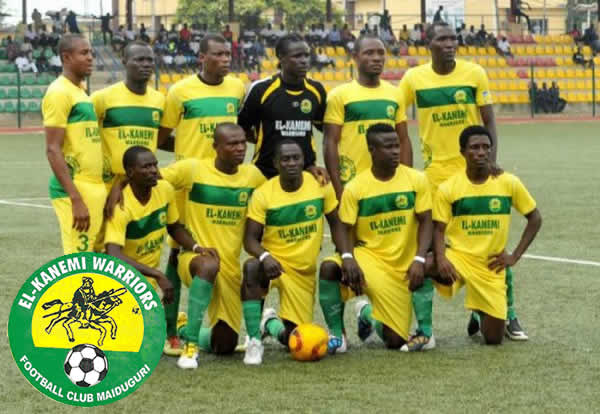 El Kanemi Warriors of Maiduguri and Bendel Insurance of Benin are setting the pace in the Nigeria National League Super 4 qualifiers at the Samson Siasia Stadium in Yenagoa, Bayelsa State as both clubs won their opening matches on the second day of the tournament.

El Kanemi recorded their first win of the tournament on Thursday with a 2-0 win over Doma United in Gombe in their second round match to take an early lead in the round-robin tournament.

The match was El Kanemi’s first Super 4 test after the opening day match against Bendel Insurance was rescheduled to give the Maiduguri team a rest following their late arrival to the tournament.

In the second leg decided on Thursday, a late strike from Austin Ogunye was the difference as Bendel Insurance won 1-0 against Bayelsa United at the same venue.

The striker volleyed beautifully into the bottom corner of the post with his left foot after an initial right-footed attempt was parried by the Bayelsa United keeper.

The result handed the NNL title to Bayelsa United, leaving them just one point from two matches. The first leg against Doma United on Wednesday ended goalless.

With a win each, El Kanemi Warriors and Bendel Insurance have three points and are tied on goal difference in the table, while Bayelsa United and Doma United have one point each.

El Kanemi Warriors and Bendel Insurance face off on Friday in a potential title clash. The conference was scheduled for the first day but had to be rescheduled for the rest day due to the imbalance caused by the trip.

The final match of the Super 4 is on Saturday, with El Kanemi Warriors ending their campaign against Bayelsa United, while Bendel Insurance host Doma United.

The end-of-season NNL Super 4 playoffs took a round-robin format, with the club with the most points after three games being crowned champions of the second-tier league.