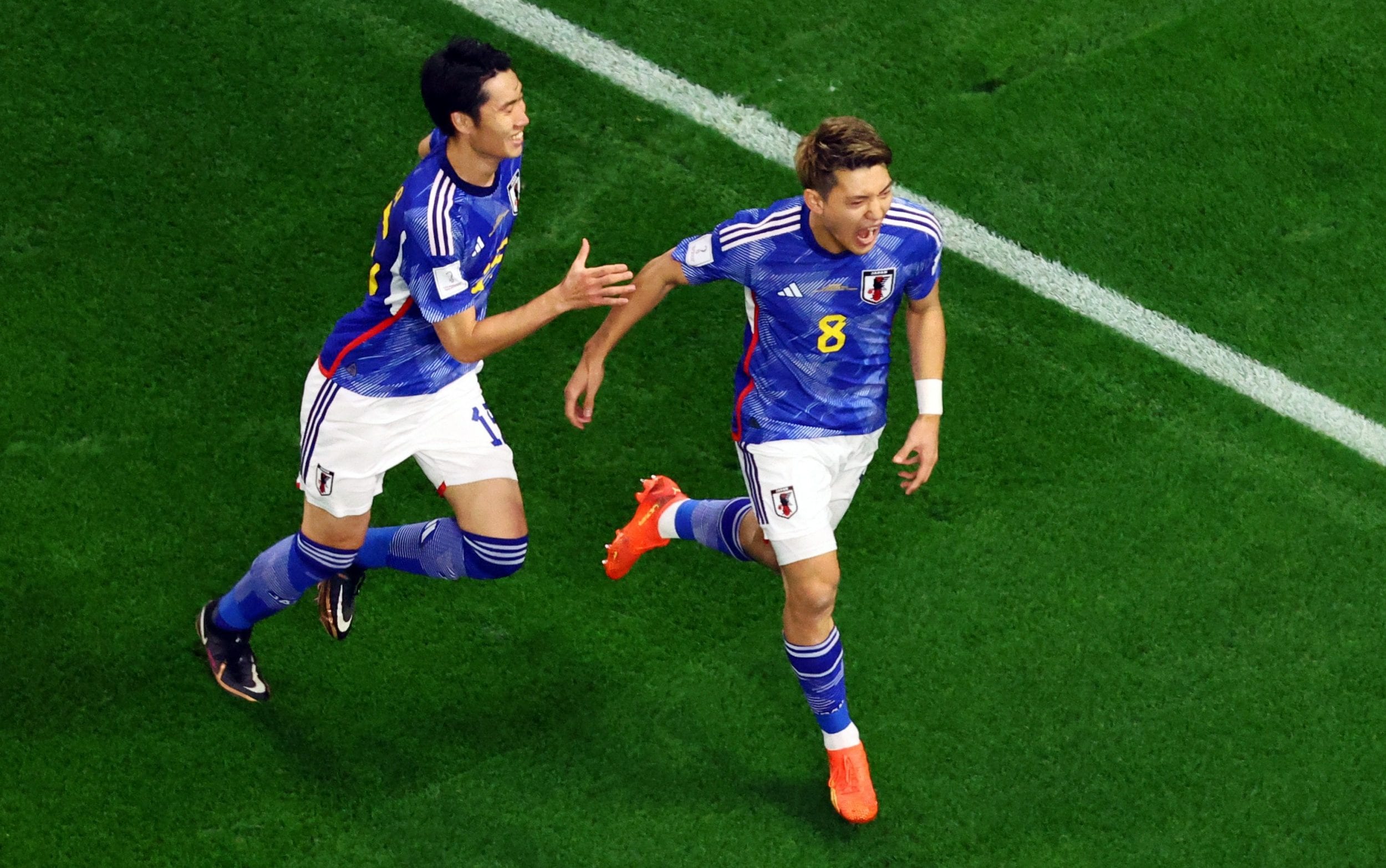 Japan scored twice in a 2-1 win over Germany.

Germany capitalized beautifully on a Japanese transgression as midfielder Ilkay Gundogan converted from the penalty spot.

After a VAR decision, striker Kai Havertz’s goal was ruled out for Germany, who led 1-0 at half-time.

After a quiet offensive performance, Japan came alive late in the second half. Minutes after scoring his first goal, striker Takuma Asano caught a pass on the right side of the field and scored Japan’s second goal, making it 2-1.