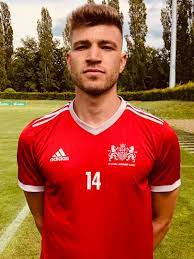 A former Swiss international footballer, Karim Gazzetta, has died after jumping from a building in the early hours of Monday morning (today).

Gazzetta, 27, was found dead outside her home in Bosnia and Herzegovina in southeastern Europe, according to Daily Mail UK.

A Gazzetta attacking midfielder, Zrinjski was playing for a local team in Bosnia and Herzegovina at the time. He was also named one of Switzerland’s most promising young players, having won four U20 caps in 2015.

It was noted that late in his career, the deceased started to have injuries that kept him off the field, and he was sold to Zrinjski. His last appearance was in a cup game on 19 October after another injury.

“Recently, at the age of 27, he had a contract with the Bosnian league leaders Zrinjski Mostar.

“The SFL extends its deepest condolences to the entire family and loved ones, particularly his younger brother Luca, who made three Challenge League appearances for Servette FC in the 2017/18 season and is currently playing in the Promotion League for Stade Nyonnais.”

The Bosia Police said that investigations are underway.