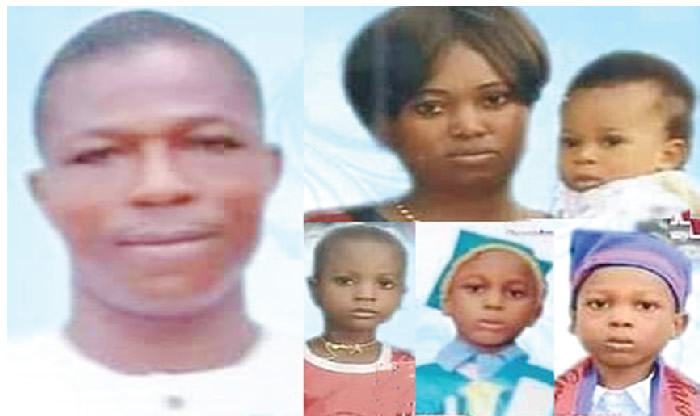 A man, Augustine Nwokedi, his wife, Josephine, and four children have died of suspected food poisoning at their residence in Ozubulu community, Anambra state.

PUNCH Metro the victim’s neighbors, seeing that none of them had left their home, broke down the door and found the bodies.

A community source said the victims died after the family had dinner and went to bed.

According to the source, it was suspected that the family died of food poisoning, but this has not been confirmed.

The source also said that the burial of the victims was scheduled for November 29, 2022. When contacted, the State Police Public Relations Officer, DSP Tochukwu Ikenga, said he was yet to report the incident.

“There is no such report before me, please, but we advise the next of kin of the deceased to make an official report.”

However, a community leader, who wished to remain anonymous, described the death of the victims as a shock to community members.

The community leader said, “The community has started making the necessary arrangements for the burial of the dead victims.

“The incident is still surprising for us; it is a taboo in the community for anyone to kill someone by poisoning and the community has placed curses on anyone who did such dastardly acts.

“Right now, the high president of the community has traveled and the community still does not have a monarch, when the PG returns we will meet to take a position on the matter.”