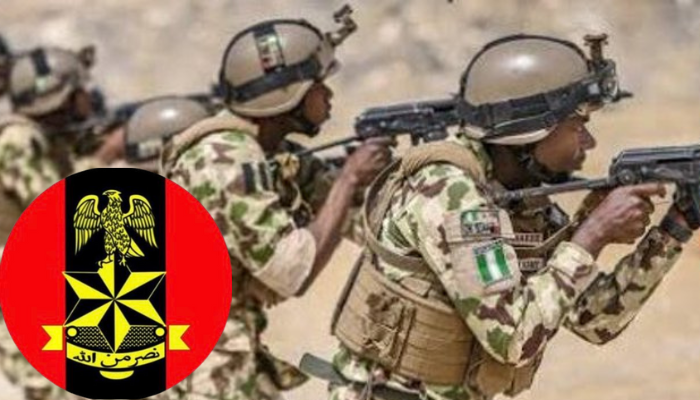 A military base in northeastern Nigeria was struck by tragedy on Thursday when a soldier killed a colleague and an employee of a non-governmental organization providing humanitarian aid in the region.

The soldier was also said to have wounded a co-pilot of a United Nations helicopter.

According to this, the Assistant Director of Army Public Relations, Samson Zhakom, posted on the Nigerian Army Facebook page on Thursday.

While the cause of the soldier’s action was still unknown, the Army stated that he was killed instantly by other soldiers on the ground.

The statement read: “The Theater Command, Operation HADIN KAI, regrets to inform the public of a sad incident that occurred today at one of our military bases.

“A soldier shot and killed an employee of one of the NGOs that provide humanitarian aid in the North East.

“The same soldier also killed another soldier and wounded the co-pilot of one of the UN helicopters.

“Troops on the ground immediately neutralized the erring workers.

“The wounded co-pilot has been stabilized, while the bodies of the deceased have been taken to the 7 Division Hospital.

“A detailed investigation into the incident and subsequent remedial actions have begun regarding this very unfortunate incident. Further details will be provided at a later date.”

This comes barely two days after a soldier also killed an Army general with a car in Lagos.