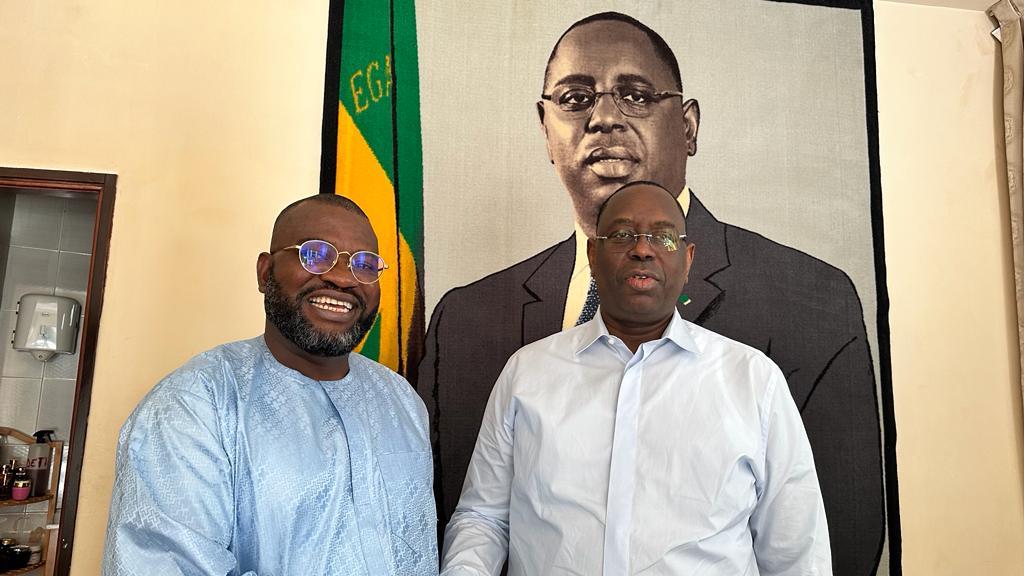 The President of Senegal, Macky Sall, recently hosted the Executive Producer and Chairman of the All-Africa Music Awards, Mike Dada, at his official residence in the country’s capital, Dakar.

This comes ahead of the eighth edition of AFRIMA, tagged ‘Teranga Edition’, which will be held in Dakar from 12 to 15 January 2023.

During the meeting, President Sall pledged his government’s support to make the award ceremony a success.

Recall that the African Union Commission and the International Commission of AFRIMA announced Senegal as the host of the event following the global media conference / launch event held on November 4, 2022 at the King Fahd Royal Palace Hotel, Dakar.

President Sall, who is also the 2022 chair of the African Union, said the people of the country were honored to host the show.

He said, “The present and future of Africa, especially Senegal, is very important to our government, and the youth represent that future. AFRIMA speaks of youth empowerment and engagement in the creative economy, as well as the celebration of our continent and the global promotion of our cities for tourism benefits, and therefore the support and cooperation of the Republic of Senegal.

“I am very happy and honored to host the Teranga edition of Africa’s biggest music award right here in Senegal. The people of Senegal are excited by this historic feat, because it is the first time that the awards will be presented in a francophone country.’

The President also assured the AFRIMA team and the rest of the world of premium hospitality and the support of the Senegalese government.

In his response, Dada thanked Sall, as well as the government and people of Senegal, for their commitment to co-operate and host the event for the benefit of the African music industry in general and Senegal’s creative economy in particular. He promised, on behalf of the international committee of the awards, that the edition of Teranga will go down in history as the best and biggest ever.

The four-day event will continue the following day with the Africa Music Business Summit at the Center International de Conference Abdou Diouf, and the AFRIMA Urban Music Fest at the Grand Theatre. This will be followed by main rehearsals, media engagements and an exclusive nominees party on Saturday 14th January.