Quadre to study at Florida university 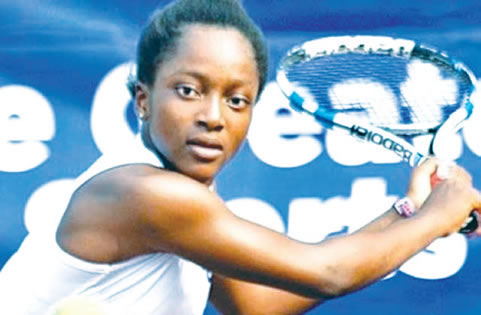 Quadre posted the news under a tweet from The Nigerian Tennis Live.

The tweet, however, did not reveal what he will study at Florida International University.

The 19-year-old, who has a career-high ranking of 92 in 2020, will continue her education as well as advance her tennis career at school.

“Nigeria’s superstar tennis player, Oyinlomo Quadre, is currently a student at Florida International University in the United States of America, where he will play College Tennis and continue his studies. It has been in the US since the beginning of 2023.”

Speaking about the biggest challenge he faces playing tennis in Nigeria, Quadre said, “As a tennis player in Nigeria, I think tennis is underrated and it’s hard to get sponsorships.

“So I think the federation should work to get support so that there are more tournaments for the players to develop themselves.

“Many players in Nigeria only wait for the Central Bank of Nigeria tournament, after which they hang up their rackets until next year.

“Another thing is that I don’t think tennis players are celebrated in Nigeria; there is no recognition unlike in other sports. If the federation works on these, I think it would be a good starting point.”

Quade has represented Nigeria in various international tournaments, including the Billie Jean King Cup, where she made her debut in 2021.

His performance at the 2015 ITF/CAT Junior Championships in Morocco made him one of the best junior tennis players in Africa and earned him a scholarship to the High Performance Center in Morocco.