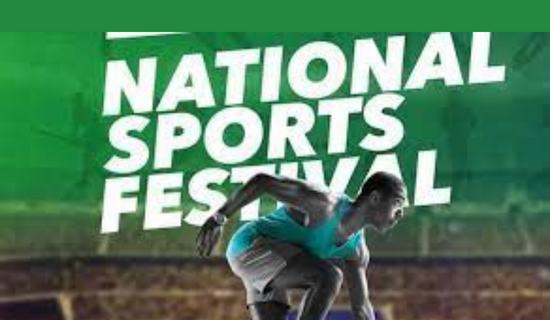 The Chief Medical Officer of the 2022 National Sports Festival Medical Centre, Dr. Anthony Enebe, confirmed that over 100 athletes were treated by the medical team in the first two days of the Games.

On the very night of the opening ceremony on Wednesday, an athlete fainted during the presentation of the state contingents due to exertion after the journey from his hometown.

The medical team responded within a few seconds, taking care of the athlete immediately.

Our correspondent visited the medical center, and Dr. Enebe gave a summary of the condition of the athletes during the first two days of the festival.

Eneb said the medical center had treated more than 100 athletes since the start of the competition.

“In total, we treated about a hundred athletes who had to come to the medical center for one reason or another, but very few seriously injured,” he said on Friday.

“So far so good, most of the injuries we’ve had have come from combat sports, and we’ve seen a few collapses from exhaustion,” he said.

Eneb blamed the weather for the large number of athletes who had to be treated and also revealed that malaria has been a concern.

“You know that the weather is hot, and people get dehydrated in these high-pressure activities, we are forced to experience such falls due to fatigue.

“Yesterday (Thursday), we saw many people coming down with malaria. This is probably due to a lot of training and lack of rest. The weather is a bit humid and it has caused a decline in immunity,” he said.

Eneb added that his medical team was fully equipped to deal with all medical problems quickly and efficiently.

“In general, we are full because we have more than a hundred employees on the ground managing various shelters and events. That’s why when we had one of these issues at the inaugural event, it was resolved in less than a minute.”