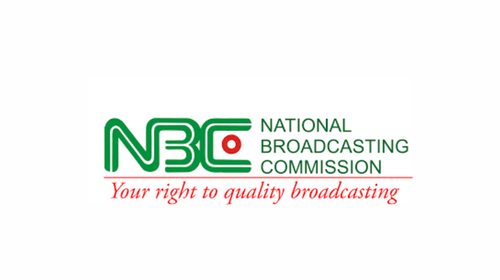 Reacting, the executive director of the Transition Monitoring Group, Auwal Rafsanjani, asked the media to verify the news before expelling them.

However, he stated that it is not fair to punish Arise TV because the media house has apologized.

Rafsanjani said: “It is important to try as much as possible to verify information before sending it. However, the idea of ​​putting the media on trial, to punish them for a report that did not come from it, is neither balanced nor fair, especially since the media has publicly apologized when they were

“I think NBC is trying to show that it’s working, but that’s not the only way to show that you’re actually working. If the media refused or refused to apologise, that is another matter.

“The apology had to be taken in good faith. We don’t need to monetize or market every aspect of our lives.

On his part, the Chairman of the Center for Anti-Corruption and Open Leadership, Debo Adeniran, expressed disappointment with Arise TV’s publication, saying the owners and staff were experienced enough to commit such a mistake.

“The owners and staff of Arise TV are supposed to be highly trained journalists. And the rule in journalism is: “When in doubt, leave it out.” It is not the only way to check material before using it as content.

“In fact, they should have their own staff in the places where these news are spread. There was no point rushing to the press with news that they knew from years of experience could be slanderous and scandalous.

“Yes, they made that mistake. It is enough that they have been so humble as to apologize, but then again, if NBC’s rules say that anyone who broadcasts fake news should be punished, then they should be punished, at least it would discourage others who want to rush it. to the press

“All those who did it with the intention of embarrassing the subject of the matter or not, if they violated the rule of ethics, they should face the law,” Adeniran told The PUNCH.

The punishment, however, came after the APC Presidential Campaign Council petitioned NBC on Monday, seeking sanctions against Arise TV and Channels Television for airing the report.

The APC’s demand was made in a petition signed by the PCC Special Adviser on Media, Communications and Public Affairs, Dele Alake and addressed to the Director General of NBC, Balarabe Ilelah.

He said: “The issue of not impeaching our candidate has since been overtaken by what happened in 2003 following the interrogations and correspondence between the then Inspector General of Police Tafa Balogun and the United States government.

“The Campaign Council was therefore shocked that certain media outlets, such as ARISE News and Channels TV, among others, continued to transmit and broadcast matters allegedly incriminating our candidate. 3.3 I of the Code will ensure that the information provided in any form in a program is accurate.

“We believe that station operators, because of their professional standing, should have access to investigative platforms to verify information before distributing it to the public,” the petition reads in part.

Alake also accused the two stations of using the already-sanctioned document in their interviews with Festus Keyamo and the speaker of the opposition Democratic Party, respectively.

The petition said the two channels went further to broadcast a fake letter in circulation, purportedly issued by INEC, stating that the electoral body was investigating Tinubu.

“Despite the airing of falsehoods peddled by opposition elements, Arise TV and Channels TV continued to broadcast and circulate a fake letter that INEC had initiated an investigation into the APC presidential candidate based on the fake letter in circulation.

“Article 5.1.2 states that the broadcaster shall present the news in a truthful manner and in a fair and just manner without distortion, exaggeration or error, Article 5.1.3 states that “fake news is prohibited”.

“The fake INEC letter has been proven to be fake and this breach is tantamount to disinformation.

“Arise TV has admitted its guilt in a broadcast a few days ago. We mean that in 2014 AIT broadcast the TV documentary “The Lion of Bourdillon”, which NBC condemned and apologized to the victim.

“However, only last week, a PDP leader, Bode George, in an interview on Arise TV, cited material from the documentary to vilify our presidential candidate for breaking the code and the apology given to the victim.

“These allegations attract a class B penalty and we request NBC to call the said episodes to punish Arise TV and Channels TV for violating the broadcasting code. Section 5.3.3 of the code states: “The broadcaster (b) when using political material for news and current affairs programmes, shall avoid hate speech, remarks or references,” it said.