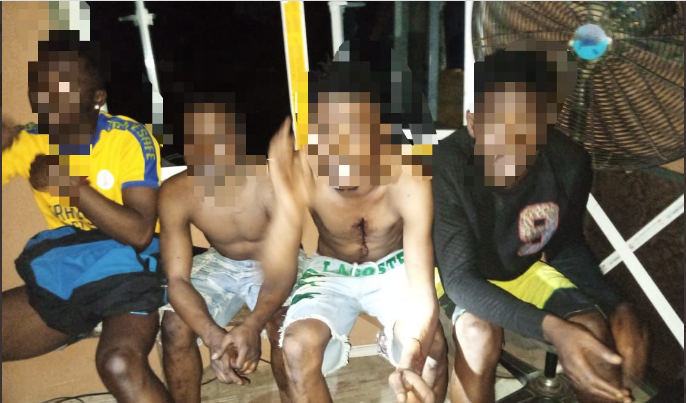 The Lagos State Police Command on Wednesday arrested 11 suspected cultists at a hotel in the Agege area of ​​the state.

The men of the Rapid Response Region made the arrest while they were patrolling in the early hours of the morning.

According to a statement on the RRS Twitter page, the arrested suspects were members of rival cult groups involved in a violent clash at the hotel.

The four alleged cultists were “accidentally injured” with broken bottles.

After the arrest, the suspects were taken to Oko Oba, Agege Police Division in line with the order of the RRS Commander, Olayinka Egbeyemi.

The statement read: “At about 02:45 this morning, our patrolling officers arrested 11 members of rival cult groups who were involved in a violent altercation at a hotel in Agege (name withheld).

“Four of them were viciously injured in the fight by breaking the bottles.

“They have been transferred to Oko Obara, Agege Police Division in compliance with the directive of our commander, CSP Olayinka Egbeyemi.”