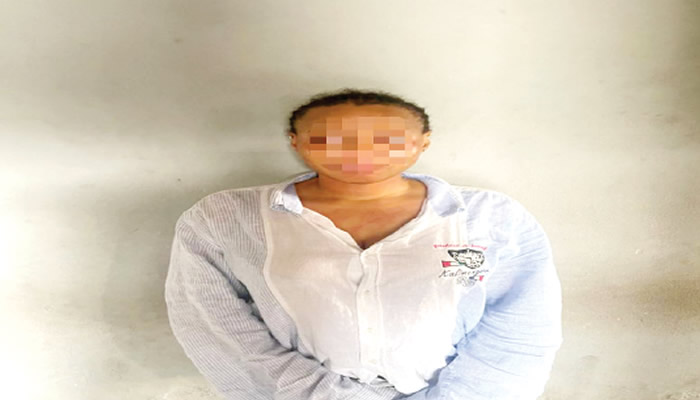 The Lagos State Police Command has arrested a lady, Esther Paul, for allegedly stabbing her boyfriend, Sadiq Dahiru to death at Amusa Street, Agungi, Lekki area of ​​the state.

PUNCH Metro Dahiru’s stepfather, Kazeem Obafunso, reported the incident at the Ilasan police station after his girlfriend reported that his stepson had stabbed him.

It was learned that the police assigned to investigate the case took Dahiru to Evercare Hospital where a doctor on duty confirmed his death.

The State Police Public Relations Officer, SP Benjamin Hundeyin, who confirmed the development, said Paul had been arrested, adding that Dahiru’s body had been deposited at the IDH mortuary in the Yaba area of ​​the state for autopsy.

As he added, “the preliminary investigation is underway; the case will be transferred to the State Criminal Investigation Department, Panti, Yaba for further investigation.” Meanwhile, Hudenyin, in a statement on Sunday, confirmed the arrest of a 28-year-old serial kidnapper, Joy Kolapo, for allegedly kidnapping a three-year-old boy, identified as Bright, in Ejigbo area of ​​the state.

Hundeyin said: “Following investigation and intelligence gathering on the kidnapping of a three-year-old boy, Bright, on October 27, 2022, in Ejigbo area of ​​Lagos State, detectives of the State Criminal Investigation Department, Lagos State Command arrested a serial kidnapper. they have, Joy Kolapo.

“Investigations rescued Bright in Akute area of ​​Ogun State on the same day the suspect was arrested.”