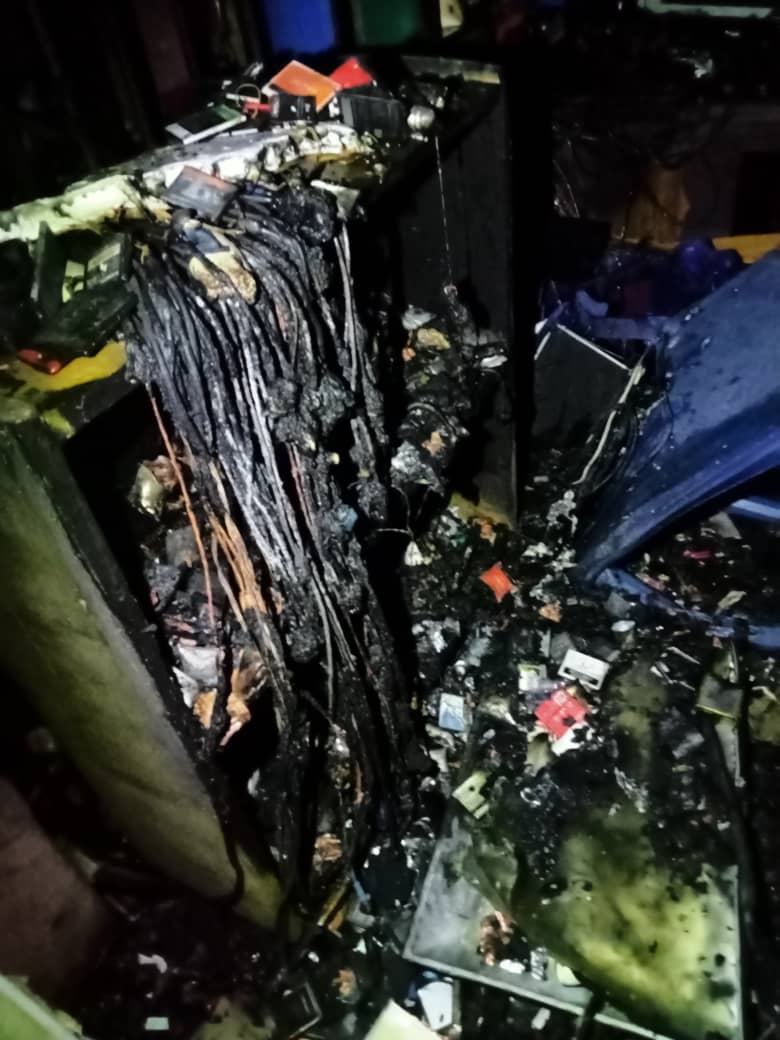 Fire has gutted the second floor of Ezenwa Plaza opposite Eke Awka market in Anambra state.

It has been reported that the fire that took place on Tuesday evening started from one of the shops in the square, due to a suspected power surge.

A shop was found to be badly burnt due to the combustible nature of the phones, phone batteries and other accessories sold there. The fire also affected some of the roof sheets of the building.

Confirming the incident, the state fire chief, Martin Agbili, said the fire service responded to the emergency call and was informed of the incident immediately.

Agbili said, “Immediately, we deployed our fire truck and brave firemen to the scene of the fire. We managed to put out the fire. The fire incident which originated from a shop was caused by a suspected power surge.

“That shop was badly burnt due to the combustible nature of the phones, phone batteries and other phone accessories sold there. The fire also affected some of the roof sheets of that building.

“We extend our gratitude to those who called us in time and helped to fight the fire.

“Please always turn off all electrical and electronic appliances when not in use to avoid power surges.”