Over the weekend, the famous Nigerian singer David and his partner, Chioma Rowland, reportedly had a traditional wedding in secret.

Since the couple lost their three-year-old son, Ifeanyi, who drowned in a pool at the artist’s Banana Island mansion in Lagos.

The traditional wedding, attended by family and friends, took place on November 6 at Davido’s father’s house without cameras.

The couple has been away from social media since their son’s death.

Fireboy had a special guest at the Wembley show: British pop star Ed Sheeran, who remixed his hit single ‘Peru’.

He also invited his fellow Nigerians, Victony and Badboytimz, to perform at the show.

The artist’s 2020 hit “Essence” featuring tems was certified triple Platinum in the US after selling over 3,000,000.

The RIAA (Recording Industry Association of America) issued this certificate after the single achieved the necessary units.

The song has received more than 14 nominations in various music awards and has won many of them, including the BET Awards in the ‘Best Collaboration’ category. 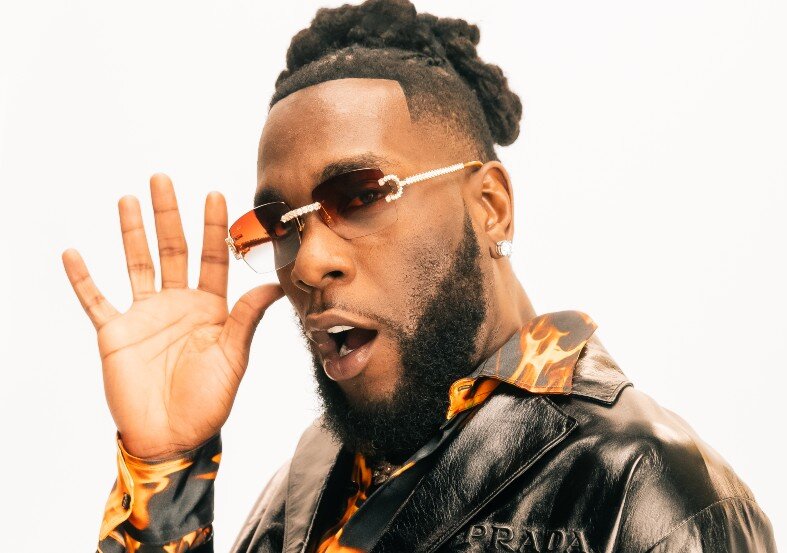 Nigerian artist Burna boy and ex Stefflon Don last week threw shade at each other on social media in some direct and subliminal Instagram posts.

Stefllon made a Tik Tok video about an ex who claims he was a mummy’s boyfriend. He wrote, “When he’s a MAN and not a mama’s boy.”

Burna Boy responded through his story, “go ahead.” Neither mentioned the other’s name. However, they have been dropping subliminal shots since the public breakup of 2021.

Burna Boy’s smash hit ‘Last Last’ is believed to be about their breakup. The summer jam of 2022 is still viral.

In the song, he talks about how he manipulated his love and had to say goodbye to the love of his life.

But it’s not all about Steff’s silence, as he has shaded her several times and said the lyrics to the song were a lie.

Eliza posted the song’s cover art and audio on her Instagram page, saying she woke up to the veteran singer’s surprise song.

He said: “Woke up to this surprise song released by #kingwasiuayindemarshal. People are sending me this. Wow! (This is just a short part of the song).

“Alhaji just made a gospel song!! The scriptures he read here are incredibly powerful!!!!”

Nigerian artiste Ahmed Ololade, popularly known as Asake, won with his debut album, “Mr Money with the Vibe”, which crossed over 100,000 streams in the US.

The artiste, considered one of the hottest Nigerian artists in 2022, released his hit album in September and has since dominated the charts on streaming channels.

The album is on track to be Certified Gold, but only if fans stream it at least five hundred thousand times.

On Sunday, Nigerian singer Chinko Ekun shared a testimony at the church he attended on how he overcame depression after losing his deal with Olamide’s YBNL and becoming homeless.

The ‘Able God’ hitmaker said: “In 2020, I lost my record deal. I had a problem with the boss of the record company. He was really mad and told me to leave the house. I lost my deal, I lost my house, I became homeless I was.”

“I didn’t go online to talk. I came to the island to live with some of my friends. At the time, I was depressed and I was in a relationship at the time. The breakfast was so hot that I landed in the hospital.’

“One day I went to a beach, and I told God if I bow down to another god, and he said so.”

The artist revealed that three months later, he got his rights back, recorded some songs and got the money to buy his house.

He pointed out that he promised to return the car that was taken from him.

On Sunday, Isaac, the younger brother of former Ekiti governor Ayo Fayose, called out actor Iyabo Ojo for insulting him after he alleged that three bones were served for 7,000 pepper soup at his restaurant.

According to him, in a now deleted video, he bought pepper soup worth N7,000 at the actor’s restaurant in Lekki but was served three bones.

He explained that he had been a regular customer of his restaurant for the past year but was not satisfied with this particular service. Toyin Lawani also called her cousin to discuss the situation with her friend.

Fayose stated that the actor called him to blast him, insulting that he was poor and just looking for cheap fame because he made a video of a bowl of pepper soup.

However, in a recent video, Fayose apologized to Ojo for feeling that he was trying to interfere with his business.

Videos of the BBnaija Level Up housemate, Sheggz’s birthday party over the weekend, confirmed that he and Bella are going strong in love.

Telling her wishes to the birthday celebrant, Bella said she had never felt so loved in her life.

The couple have been under fire since they left the house, with Sheggz recently accusing her ex of being abusive. Despite the challenges, the couple remains committed to each other.

At the party, Bella gave a toast to the birthday boy saying: “Today I pray for you to have a long life and prosperity, more money. Thank you for everything you do and for being in love with me. I’ve never felt so loved, and I’ve never met anyone as caring as you.’

“The more I understand you, the more they understand us, and that’s all that matters,” he added.

The artist, now known by the stage name Madrina, said that she has been keeping these prophecies since November 1.

He said, “Funke Akindele should pray for his finances so that he does not go bankrupt”.

Addressing Wizkid, he wrote, “Wizkid, God is telling us to pray for his mental health.”

Abdul-Azeez Olajide Adediran (Jandor), the governorship candidate of the Peoples Democratic Party (PDP) in Lagos State, wrote: “Jandor, God says you must choose a side or it is not too late to step down.”

Jamaican artist Popcaan also addressed him, telling him to pray against sudden death.