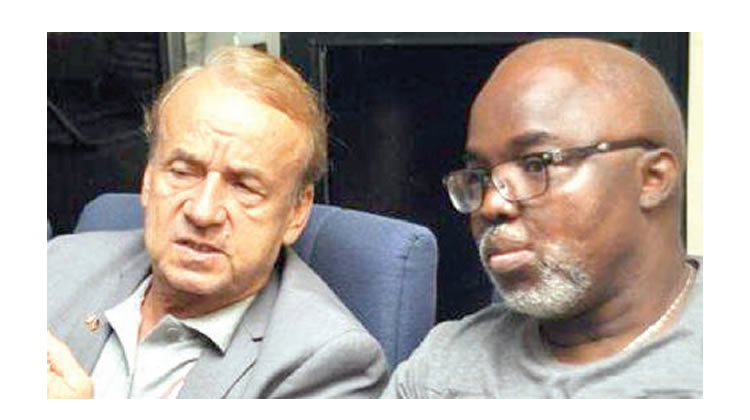 The 69-year-old German was fired as coach of the three-time African champions by the NFF last December after a poor performance.

NFF technical director Augustine Eguavoen replaced Rohr on an interim basis after leading the Eagles to the semi-finals of the postponed 2022 Africa Cup of Nations last January, but failed to qualify the team for the World Cup.

The Eagles were eliminated by arch-rivals Ghana on the away goals rule after a 1-1 draw in the first leg in Abuja, after the first leg between the two sides ended goalless in Kumasi.

Speaking to Eagle7FM Sports Radio, Rohr said: “Pinnick said my sacking would have averted disaster but in the end it created a disaster that cost Nigeria their ticket to the World Cup.

“I regret not leading my team to win the World Cup; I regret that my players will not be at the World Cup, although they deserve to be there. It wasn’t my decision; It was a decision made by Pinnick and his board.

“That’s why he was punished because Nigeria lost the chance to win AFCON and didn’t qualify for the World Cup. I hope he will make better decisions now as a member of the FIFA Council.”

The Eagles will face World Cup holders Portugal in an international friendly on Thursday (today) at the Jose Alvalade Stadium.