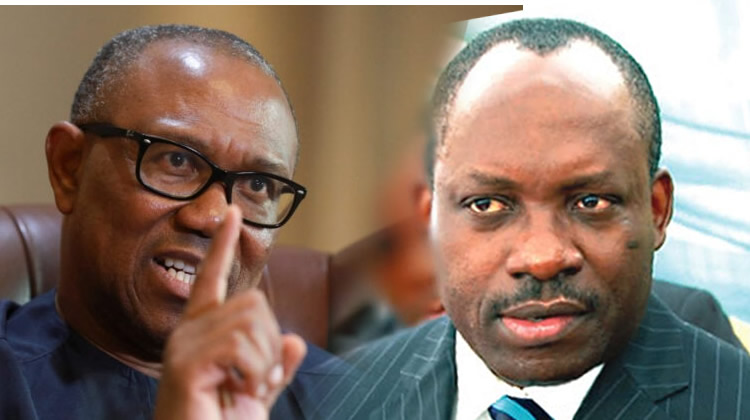 The Director General of the Peter Obi Presidential Campaign Council, Doyin Okupe, has said that Anambra State Governor Charles Soludo’s analysis of Obi’s chances in the 2023 election is meaningless.

Okupe, who spoke in an interview on Channels Television on Tuesday, said Soludo’s comment about Obi was a joke.

Okupe said it is “ridiculous” for Soludo to say that Obi would get 25% of the total votes cast in the four states of the federation.

“I am happy that he (Soludo) accepted that Peter Obi will win Anambra State. That’s good news. Where he messed it up completely, and what makes the whole thing look ridiculous, was when Peter Obi said he would get 25 percent in four states of the federation. That’s a joke,” he said.

“Soludo is a professor of economics, neither a seer nor a prophet. It is certainly not very politically based. In the five states of the South East, rain or shine, no one will beat Peter Obi,” the campaign DG said.

On Monday, Soludo said in an article titled “He Makes History and I Will Not Be Silent (Part 1)” that Obi could not win the 2023 presidential election.

“Normally, I will not agree with Soludo, but to prevent people from making a very misinformed judgment about the political situation of the Labor Party in the Nigerian context, that is the only reason I will say one or two words,” he said.

“He must live on another planet. I don’t know what blinds you to say that there are only two people in this race—APC and PDP. Even a blind man and a small nine-year-old child know that this is a complete fallacy.

“Professor Soludo must engage in self-political deception. Today, 90% of the polls conducted say that Peter Obi is ahead of the other contestants. It’s no longer news that it’s a three-way race.

“We are not even the third force in the three-way race. Now we have taken both establishments and put them aside and these two are now competing for second and third place. Professor Soludo’s statement has nothing to do with reality or sense,” Okup added.