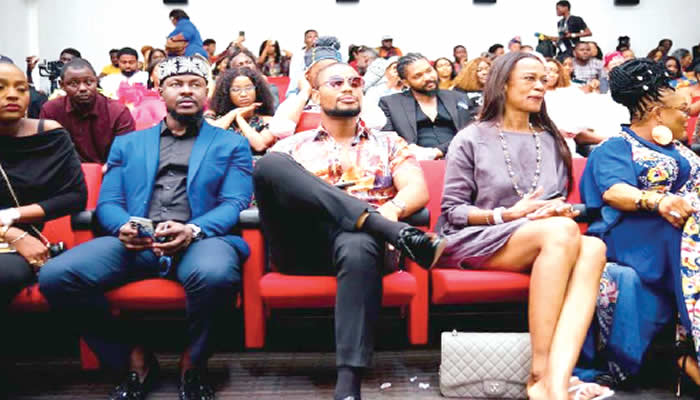 The actress and other celebrities appeared at the private screening of the first episode of the new 13-episode Showmax original series titled ‘Flawsome’ on November 11, 2022 at the Alliance Francaise, Ikoyi, Lagos. The performance was part of the activities of the 11th of the month African International Film Festival.

Speaking on the occasion, Odunsi said, “Showmax is made for Africans, and everything we produce is tailored to the audience. Most women can relate to the stories of the series.

“I feel lost for words. I’m glad everyone is finally seeing this beautiful piece of work we’ve put out. Women have many challenges, and we wanted to tell a deeper story that explores these issues.’

AFRIFF CEO Theo Ukpa added that 90 percent of the audience could relate to the series.

During the question and answer session, the main characters of the series – Enado Odigie, Bisola Aiyeola and Sharon Ooja – stated that being on set together was a wonderful experience. More than once, they discussed scenes that were so intense that they cried afterwards.’

The drama series revolves around the lives of four women as they try to navigate their personal and professional lives while dealing with the challenges of being a woman on the rise in the professional ranks.

Other entertainers at the event were Kunle Afolayan, Ireti Doyle, Sola Sobowale and Toke Makinwa.