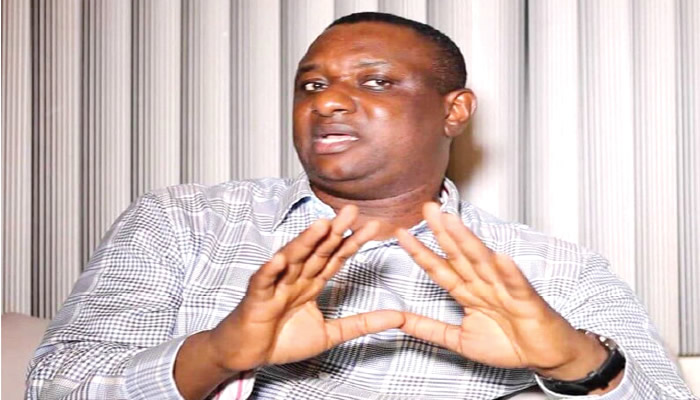 Tinubu visited Fasoranti two weeks ago at his residence in Akure, the Ondo State capital, where he received the support of the elder statesman.

The move did not go down well with the “acting” leader of Afenifere, Pa Ayo Adebanjo, who blamed the visit by the former governor of Lagos State, saying it was a well-calculated attempt to divide the group.

He said: “There is only an attempt to divide Afenifere, and I will not be a party. It is a kind of conspiracy between those who want to see Afenifere divided.”

Responding to the allegation that his boss’s visit was the cause of the team’s crisis, Keyamo said there was not an iota of truth in the report.

Speaking to our correspondent in an exclusive report, the Minister of State for Labor said, “The real reason for the Afenifere feud is Pa Adebanjo, who went to endorse a candidate without proper consultation in the relevant institution.

“Being a designated deputy does not make you a dictator. I heard him say in one of his interviews: “That’s not how it’s done.” How do they do it, that a person sits down and makes such a profound decision without talking to anyone?

“Pa Adebanjo should tell the whole of Nigeria who and who he talked to within Afenifere, who gave him the green light and approved Obi? It’s just bias and pure hatred for Asiwaju. That’s all. That’s what drove him to make a mistake.”