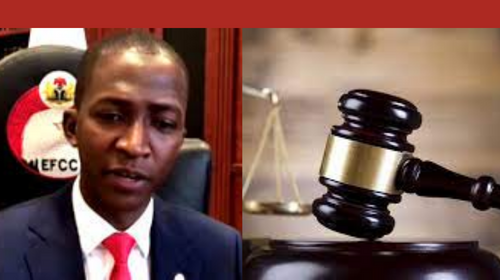 A statement by the commission’s Head of Media and Publicity, Wilson Uwuja, said the jail sentences range from two to nine months of community service and one year in jail.

They all pleaded ‘guilty’ to the single charge brought against each of them by the EFCC.

Consequently, the prosecution lawyers, Modupe Akinkoye, Oyelakin Oyediran, Oluwatoyin Owodunni, Musa Galadanchi, Abdulrasheed Suleiman, Mabas Mabur and Samsudeen Bashir have analyzed the facts of the cases and urged the courts to try and convict the accused.

Osundele was convicted and sentenced to one year in prison, while Arasi, Ganiu and Ibrahim were sentenced to nine months in prison.

Justice Bayo Taiwo ordered Osundele Oladapo Daniel to pay $16,671. 00 USD and will forfeit a Toyota Venza car worth N7 million to the Federal Government of Nigeria.

Other convicts were also ordered to return their victims and hand over to the government all recovered items.