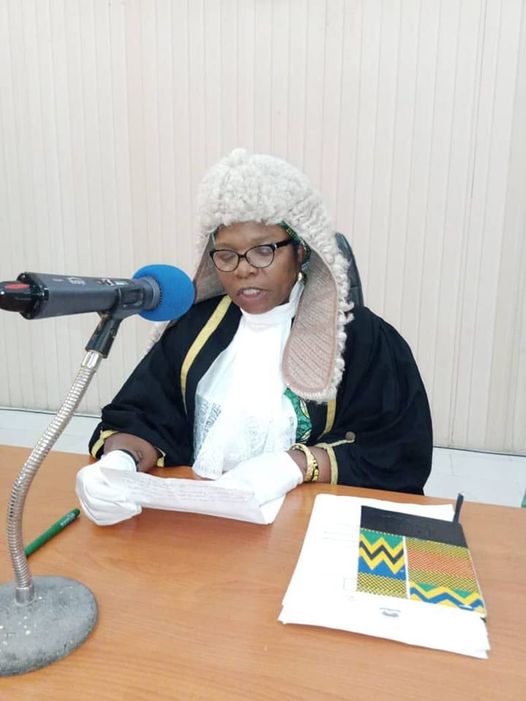 The Ekiti State House of Assembly has appointed Olubunmi Adelugba as the new Speaker of the House.

Following this, on Monday, Gboyega Aribosogan was removed from office by seventeen of the 25 members of the House.

Here are 10 things to know about the new Speaker:

1. Adelugba is the first woman speaker in the history of the Assembly since the return to democracy in 1999.

2. He is a member of the All Progressives Congress of the State.

3. Adelugba was elected to the Ekiti Assembly in 2019.

4. Adelugba has over two decades of work experience in Audit and Corporate Advisory Services and Financial Advisory.

5. Worked at Olusola Adekanola & Co as Senior Consultant, a team that started Accelerated Revenue Generation as a means of boosting Internally Generated Revenue for State Governments.

7. He was the pioneering State Honorary Commissioner for Work, Productivity and Human Capital Development.

8. He was a special adviser on Revenue and Tax matters in the state.

7. He is currently the Managing Partner of Bunmi Adelugba & Co and Boomade Professional Services and also coordinates the interface with clients.

8. Adelugba has a Masters in Financial Management.

10. He is an accountant and tax practitioner.